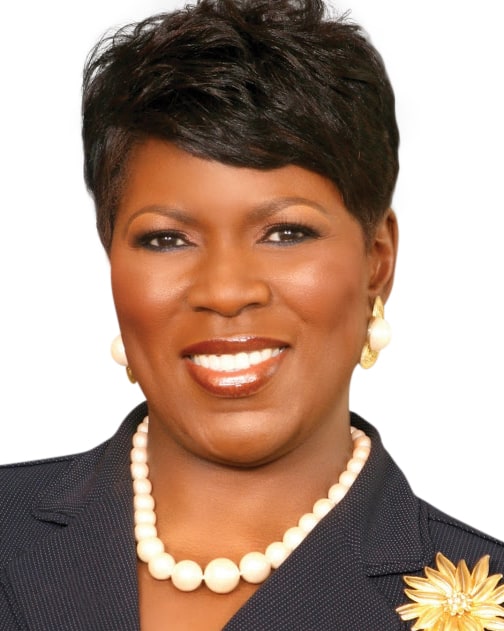 Leona Barr-Davenport is President & CEO of the Atlanta Business League (ABL), Atlanta’s oldest minority business development and advocacy organization.
As president, she works with the board of directors to provide increased access to business opportunities for minorities with specific emphasis on the development of businesses owned or operated by African-Americans. Her background combines more than twenty-five (25) years experience in the areas of customer service, program development, organizational management & fund raising for associations and youth oriented programs.

Several organizations have been the beneficiary of her community and civic volunteerism. They include the Southwest Atlanta Youth Business Organization (SWAYBO), Metro-Atlanta Opportunities industrialization Center (OIC), the Atlanta inter-Alumni Council of the United Negro College Fund (UNCF), the Voter Education Project, inc., Atlanta Red Cross, Minority Recruitment (2002 Co-Chair);Workforce investment Board for the State of Georgia; Atlanta Development Authority; Clark Atlanta University Community Advisory Board (2002-03 Chair); Workforce Development for Fulton County; Boy Scouts of America and the National Leadership Coalition on Aids. She currently serves as an advisor for SWAYBO and is a previous board member. Subsequent to coming on staff with the Atlanta Business League, Ms. Barr-Davenport served on the ABL Board of Directors.

Ms. Barr-Davenport serves on the Advisory Boards and committees for Business NOW of Goodwill industries of Atlanta, inc.; the Atlanta Coalition of 100 Black Women of Atlanta; the Community Foundation and United Way of Metro Atlanta. Her current board affiliations include Crossroads Community Ministries, Economic Development Corporation of Fulton County; Minority Entrepreneurship Education, inc. (Secretary) and the National Business League. She is a 1999 Leadership Georgia graduate, 2002 Leadership Atlanta graduate and recent graduate of the Diversity Leadership Academy.

In 1997, Leona received the Keeper of the Dream A ward from the Golden Neo-Life Diamite (GNLD) Wellness Center and Bradley-Carmack, Inc.; the Ordinary Women with Extraordinary Talents Awardfrom Women Looking Ahead News Magazine, Inc. in 1998; Outstanding SWAYBO Advocate in 1999; the President’s Award from Concerned Black Clergy in 2000; the Community Achievement Award in celebration of the 10th Anniversary of For Sisters Only from WAOK/WVEE Radio; the 2002 Pinnacle Leadership Awardfrom the Fortitude Educational and Cultural Development Foundation, the AIACJUNCF Outstanding Alumnus Award and the Advocacy Award from the National Association of Minority Contractors. in April 2006 Leona was featured in Atlanta Woman Magazine as its Woman of the Year Nominee and was inducted into the 2006 YWCA Academy of Women Achievers.