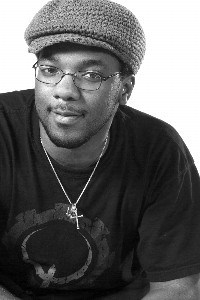 Neal Ghant (King Hedley) is overjoyed to once again play on the True Colors stage. As one of his favorite theatre companies, Neal hopes to bring life and energy to the roles he plays. True Colors credits include “Smart People“, “American Buffalo “, and “Race” wherein he received the Suzi Bass award for best actor. Further regional credits include work at Alliance Theatre in “Native Guard”, “One Flew Over The Cuckoo’s Nest “, “Blues for an Alabama Sky“, and “Glengarry Glen Ross” in which he won the 2006 Atlanta Journal Constitution Best Theatre Actor award. Having been a member of the Georgia Shakespeare company for 9 years, Neal holds the classics of “The Bard” close to his heart.  An artist, activist, and father, he hopes that through his work he can continue to ignite, and touch the spirits of the people in an ever giving positive way.