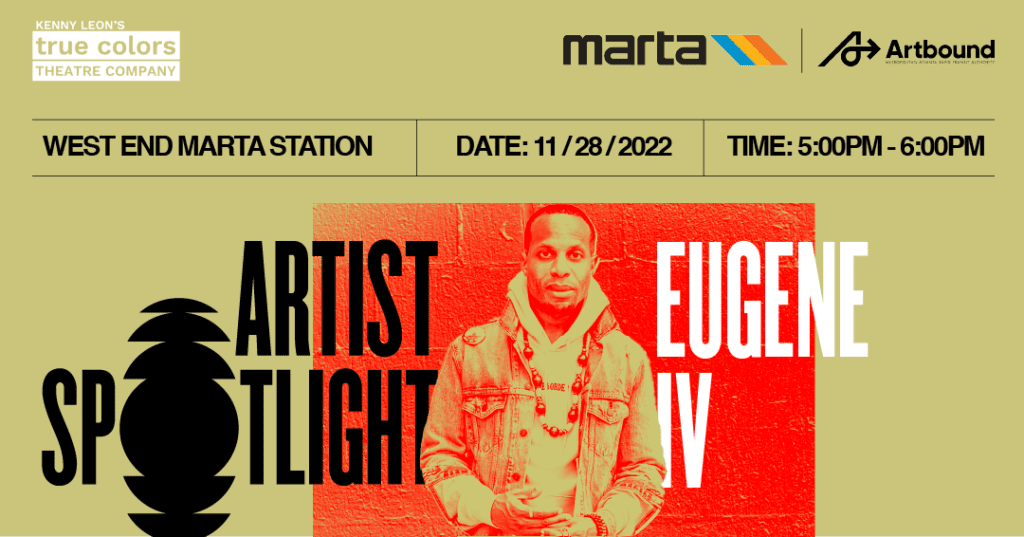 True Colors returns to MARTA with a bang: the indomitable Eugene IV! Joined by a hard-hitting rhythm section, this dynamic and much-adored artist of Atlanta’s stages will bring some of his favorite sounds to MARTA’s West End Station.

You don’t want to miss this one-time-only performance, so mark your calendar now! 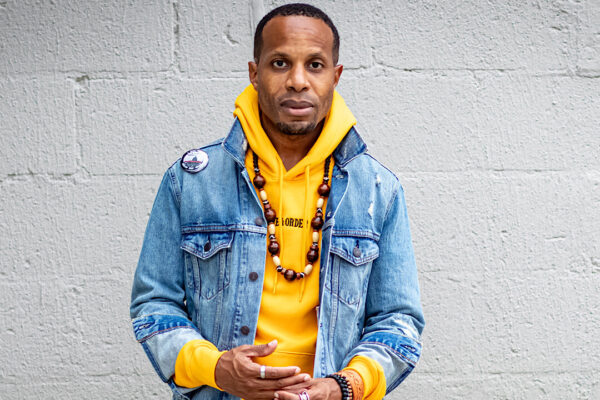 About the Artist: Eugene IV

Eugene IV, born and raised in southwest Atlanta, is a multi-talented vocalist, saxophonist, and songwriter. A recipient of St. Louis Black Rep’s prestigious Woodie Award, Eugene is also an accomplished actor with a number of voiceover and screen credits to his name. The music, his first artistic passion, has led him to playing with bands that have opened for the likes of George Clinton & Parliament Funkadelic, Boyz II Men, KC & the Sunshine Brand, Brand New Heavies, and Mother’s Finest. His music and theatre worlds collided when he donned the hats of composer, producer, and performer for Beautiful Blackbird: Original Alliance Theatre Cast Recording, the cast recording of a world premiere by the Alliance Theatre and when he wrote/produced the music for their acclaimed animated short films Sit-In and The Curious Cardinal. He most recently co-wrote the music for The Boy Who Kissed the Sky, which debuted at Seattle Children’s Theatre. A recording artist with an ever-expanding catalog, Eugene IV’s latest single, “Brand New Day,” can be found on all major music streaming platforms. Check out www.eugeneiv.com and follow @theeugeneiv to stay in the loop on his latest!