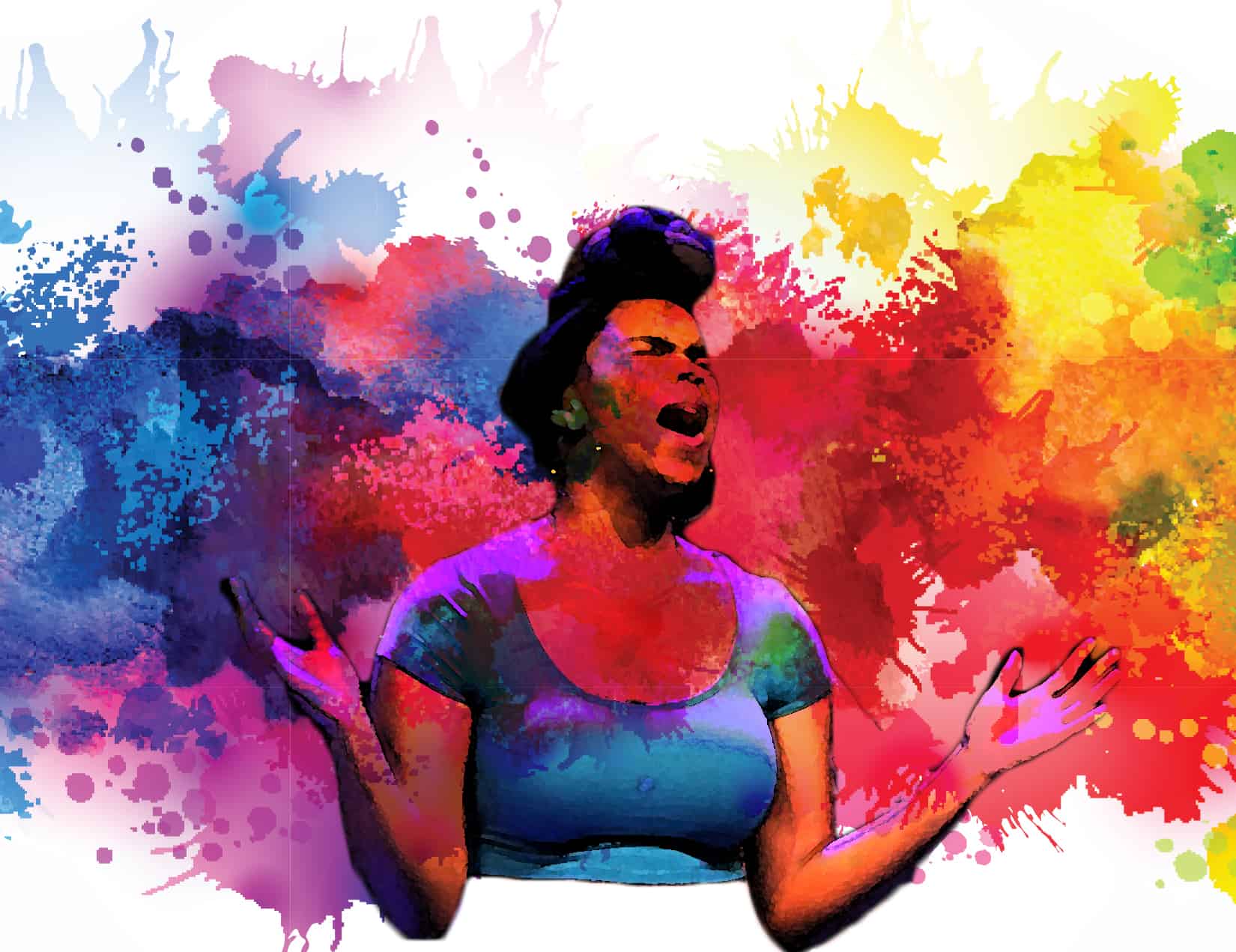 Unsung Sheroes
Forgotten Legends and the Importance of Remembrance

Our past is a major reflection of who we are, who we aspire to be, and who we eventually become. However, many of the people throughout history who have shaped the past have unfortunately been forgotten. Whether lost through relevance, repression, or ignorance, our sheroes deserve to be celebrated with the memories that keep them alive. We invite you to discuss some of your legends, past or present, and the impact they’ve had on your lives.

Immediately following the conversation, Artistic Director Jamil Jude will officially make the 2020-2021 Season Announcement. You don’t want to miss it!

Clarissa Crawford is a creative producer whose practice is shaped by the intersections of art, community, and activism. She uses her experience in project management, storytelling, and cultural organizing to curate experiences that help inform, empower, and distribute resources to artists and communities of color across the South.

She has previously worked and consulted for one of Hollywood’s top talent and literary management agencies, produced bi-coastal artist showcases between Los Angeles and New York, and executed live and digital experiences for media and entertainment entities such as Sony Pictures Entertainment, Walt Disney Studios, NBC Entertainment, and BET.

Clarissa holds a Masters in Creative Producing and Theater Management from the California Institute of the Arts (CalArts), and accreditation as an Independent Producer from UCLA. 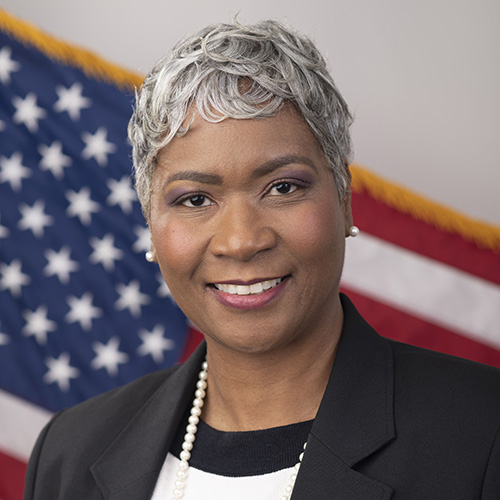 Dr. Catherine Foster Rowell is the Councilwoman for District 1 of the City of South Fulton and served as the first Mayor Pro Tem. Currently, she is employed with Fulton County Schools. She has also worked in the nonprofit sector and served as Executive Director of Operation PEACE; Senior Government Grants Manager for Families First; and Senior Program Director with Enterprise Community Partners.

Additionally, she has held leadership roles in a number of public-sector consulting firms to include Beacon Analytics, the Bronner Group and MAXIMUS consulting firm. Dr. Foster Rowell is published and has served on numerous volunteer boards which include but are not limited to the Conference of Minority Public Administrators, National Forum for Black Public Administrators, and the National Coalition of 100 Black Women Metropolitan Atlanta Chapter.

Dr. Foster Rowell holds bachelor degrees in Sociology and Social Work from Cleveland State University and a Masters of Public Administration and doctorate of Political Science from Clark Atlanta University. 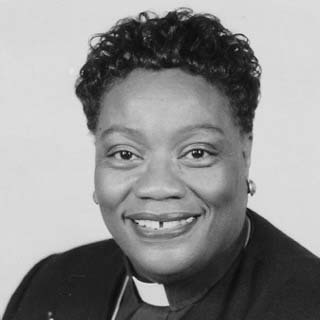 Long before the Right Reverend Carolyn Tyler Guidry became the 122nd Elected and Consecrated Bishop of the African Methodist Episcopal Church, she seemed destined for a life of commitment and significance to her church and her community. She was born and raised in Jackson Mississippi and came of age in the early years of the Civil Rights Movement. In 1959, Bishop Tyler Guidry began to work for Medgar Evers and the NAACP. Here she worked as the women’s voter registration chairperson for that organization. From this work Bishop Tyler Guidry worked to coordinate Freedom Rider activities between, SNCC, CORP and the NAACP out of the office of the Jackson, Mississippi NAACP.

In 1983 she was assigned to Cain Memorial A. M. E. Church in Bakersfield, California. In 1989, Rev. Carolyn Tyler was assigned to the 600 member Walker Temple A. M. E. Church in Los Angeles, California. This assignment gave her the distinction of being a trailblazer again, the first female appointed to a major metropolitan charge in the A M E Church. She was appointed as the first female Presiding Elder in the Fifth Episcopal District in 1994 and served in that capacity until elected and consecrated the 122nd AME Bishop in 2004. She was assigned Presiding Prelate to the 16th Episcopal District (including the Caribbean, Europe, Central America, and initiated the exploration of a congregation in Leon, France which now has a vibrant growing congregation. Under Bishop Tyler Guidry’s leadership, the 16th District purchased its first Episcopal Residence in Jamaica to provide a permanent home base for its bishop. She started the first Annual Christian Education Conference, and partnered with Payne Seminary in a Ministerial Training Program. Economic Development projects, seeded through her, were established in all conferences in the 16th District. In 2008 Bishop Tyler Guidry was assigned to the Eighth Episcopal District, comprising Mississippi and Louisiana.

The Right Rev. Carolyn Tyler Guidry received her Associate of Arts Degree in Business and Secretarial Science from J. P. Campbell College in Jackson, MS, and she studied Economics at Tougaloo College in Tougaloo, MS. She is also a graduate of the Fuller Theological Seminary with a Master of Arts in Theology.

She was awarded an honorary degree, The Doctor of Humane Letters, by Payne Theological Seminary in 2009, and she was included in the archives of the HistoryMakers in 2004. In April, 2011 the Right Rev. Carolyn Tyler Guidry was inducted into the Martin Luther King, Jr. International Board of Preachers at Morehouse College. The Turner Seminary presented her The President’s Lifetime Achievement Award in 2019. Carolyn Eujean Jackson Tyler Guidry is the mother of five sons and one daughter, thirteen grandchildren and eleven great-grandchildren. 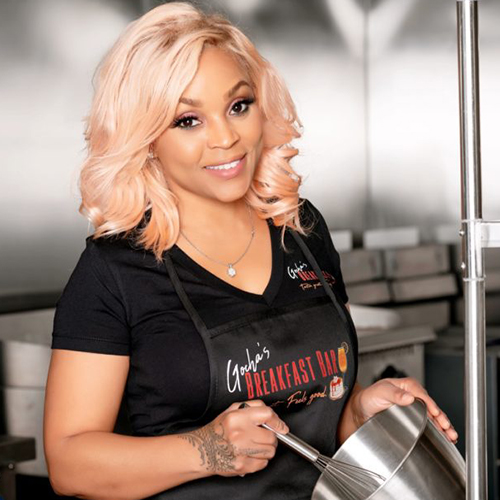 Gocha Hawkins is an author, TV personality, salon owner and hairstylist to stars such as Nicki Minaj, Kandi Burruss, Serena Williams, Beyonce and more. A few years ago, Hawkins opened Gocha’s Breakfst Bar in South Atlanta with the community in mind. The restaurant has quickly turned into a key destination for customers looking for a premier dining experience in Atlanta. 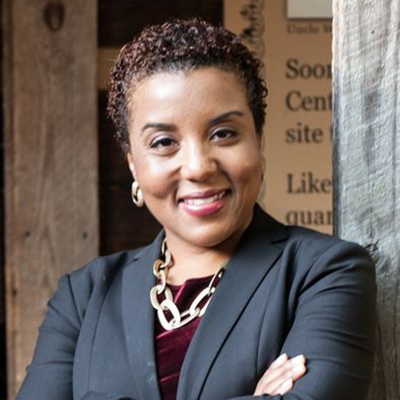 Educated at Spelman College (BA), New York University (MA) and Emory University (MA and PhD), Calinda N. Lee serves the executive team as historian for the Atlanta History Center. In this role, she considers historical interpretation for all aspects of the region’s past to develop the AHC’s primary collections, historic houses, historic gardens, and public programs. As a scholar and administrator, she has held teaching and administrative positions at Emory University, Loyola University Chicago and Spelman College. A prolific practitioner, she has developed projects for institutions including the Albuquerque Museum, the City Museum of Washington, DC, the Maryland Museum for African American Life and History, the Chicago History Museum, Emory University, and others.

Groups are welcome to attend and will be seated according to social distancing guidelines. For groups of ten or more, please contact the Box Office and Customer Support Manager at boxoffice@truecolorstheatre.org or call 404.532.1901 (extension 201) Monday-Friday, 10AM–4PM.