The Right to the Stage: Theatre for our Youth

The Right to the Stage:
Access for our Youth

True Colors Theatre Company is proud to present The Right to the Stage: Access for our Youth, in partnership with the Atlanta Music Project. Disparities in education, especially for African-American communities, has been an ongoing challenge and this has been especially true in the arts. African-American youth continue to face greater obstacles to accessing the arts. As arts and cultural institutions continue to develop innovative ways to provide access to the most vulnerable in our communities, this timely Community Conversation will feature leading voices who are on the front lines of the fight to ensure that a child’s zip code or background does not determine their ability to engage with the arts. 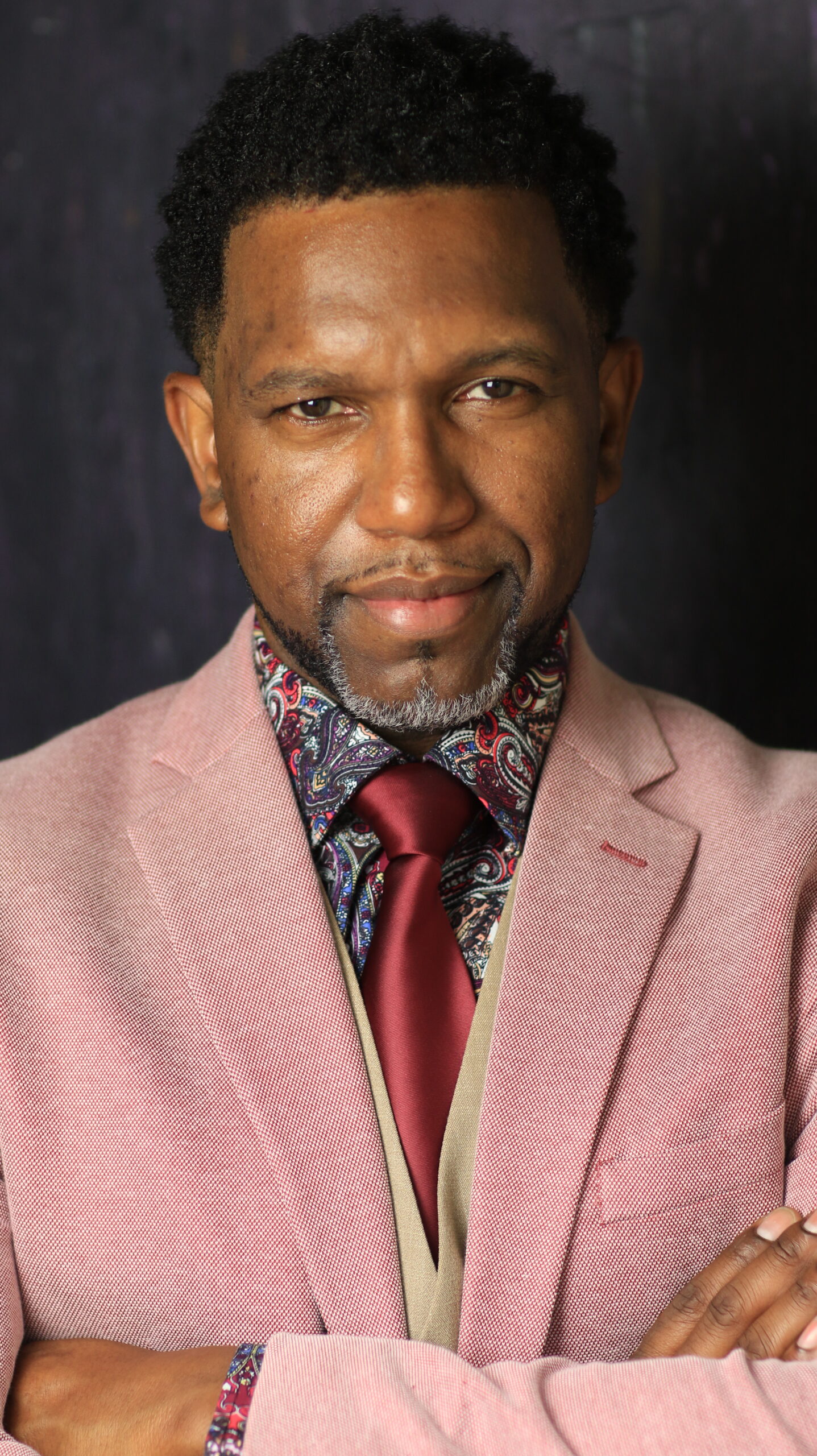 Keith Arthur Bolden native of Los Angeles, California, earned his MFA in Acting from the University of Illinois and is current an associate professor of Theatre and Performance at Spelman College.

Recent Film/TV credits: Genius: Aretha Franklin, The Conjuring: The Devil Made Me Do It, Games People Play, Creepshow, American Soul, Mile 22, Cobra Kai, The Haunting of Hill House, Behind the Movement, Underground, Black Lightning, Being Mary Jane, Nashville, Greenleaf, A Baby for Christmas, Swamp Murders, Containment, Your Worst Nightmare, Saints and Sinners, The Have and Have Nots, Goosebumps, Vampire Diaries, Alvin and The Chipmunks: The Road Chip. 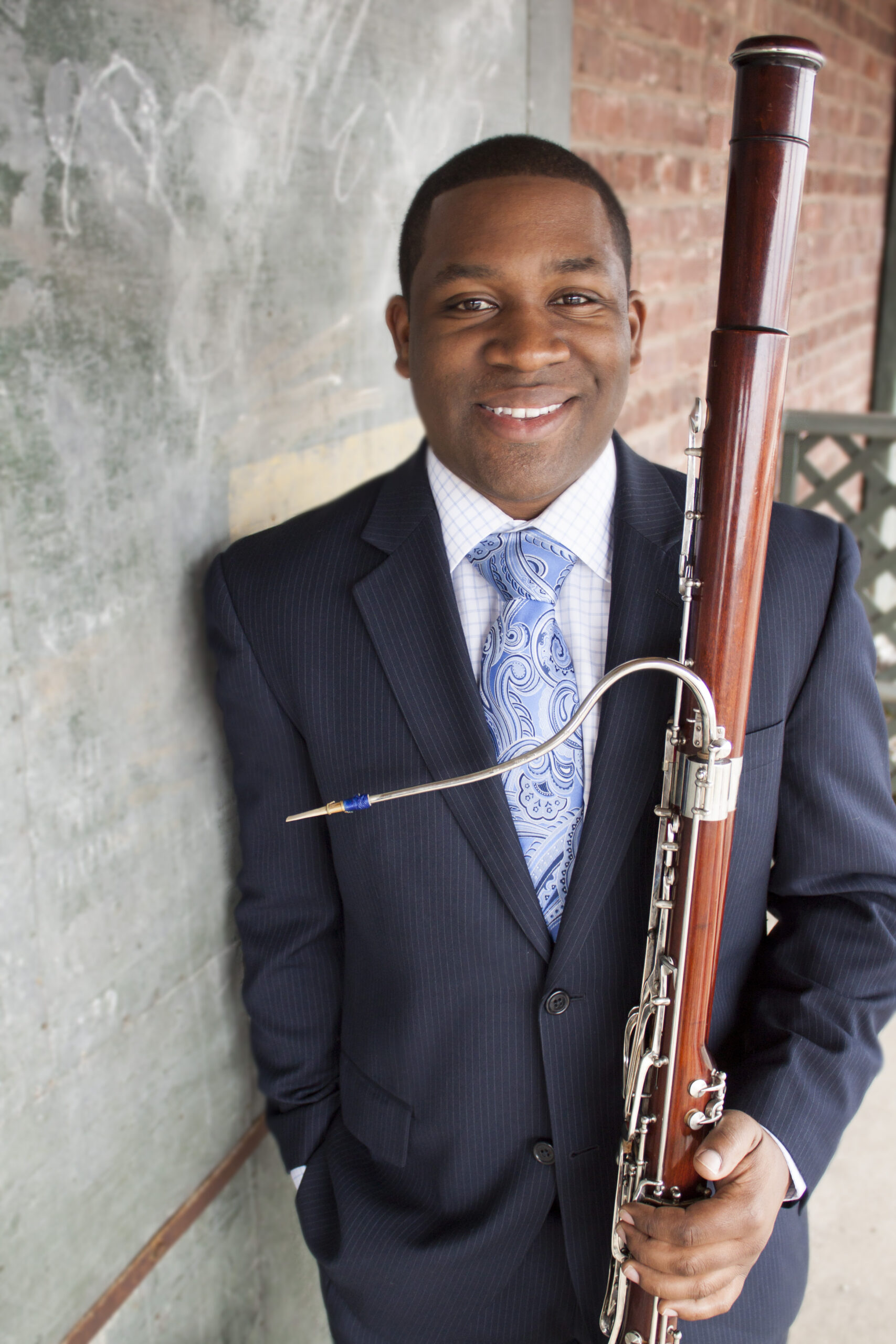 As Chief Executive Officer of the Atlanta Music Project, Dantes has grown programming to 350 students, 50 teaching artists, 10 employees and five program sites. The Atlanta Music Project’s youth orchestras and choirs perform over 50 concerts each year at venues across metropolitan Atlanta, from community centers to Mercedes-Benz Stadium. Dantes has developed key partnerships for AMP including with the City of Atlanta Department of Parks and Recreation, The Kindezi Schools, Clayton State University and the Atlanta Public Schools. In 2019 Dantes led the three million capital campaign to establish AMP’s first ever headquarters space, the AMP Center for Performance & Education.

Dantes holds a Bachelor of Music in Bassoon Performance from McGill University and a Master of Music in Bassoon Performance from the Yale University School of Music. He also completed a Performance Certificate at Carnegie Mellon University. In 2010 he graduated from the Sistema Fellows Program at the New England Conservatory, where he studied non-profit management and music education. He is a graduate of the 2012 class of LEAD Atlanta, a leadership development program for Atlanta’s outstanding young professionals, and the 2015 class of the Atlanta Regional Commission’s Regional Leadership Institute. He is currently a three-year fellow at the University of Maryland’s DeVos Institute Arts Management Fellowship.

Dantes performs regularly with the faculty of the Atlanta Music Project. He was recently soloist with the Orchestre Symphonique des Jeunes de l’Ontario Francais in Ottawa, Canada. He has performed with the Aspen Chamber Symphony, Charleston Symphony and Wallingford Symphony and has also performed at Carnegie Hall and the Kennedy Center. 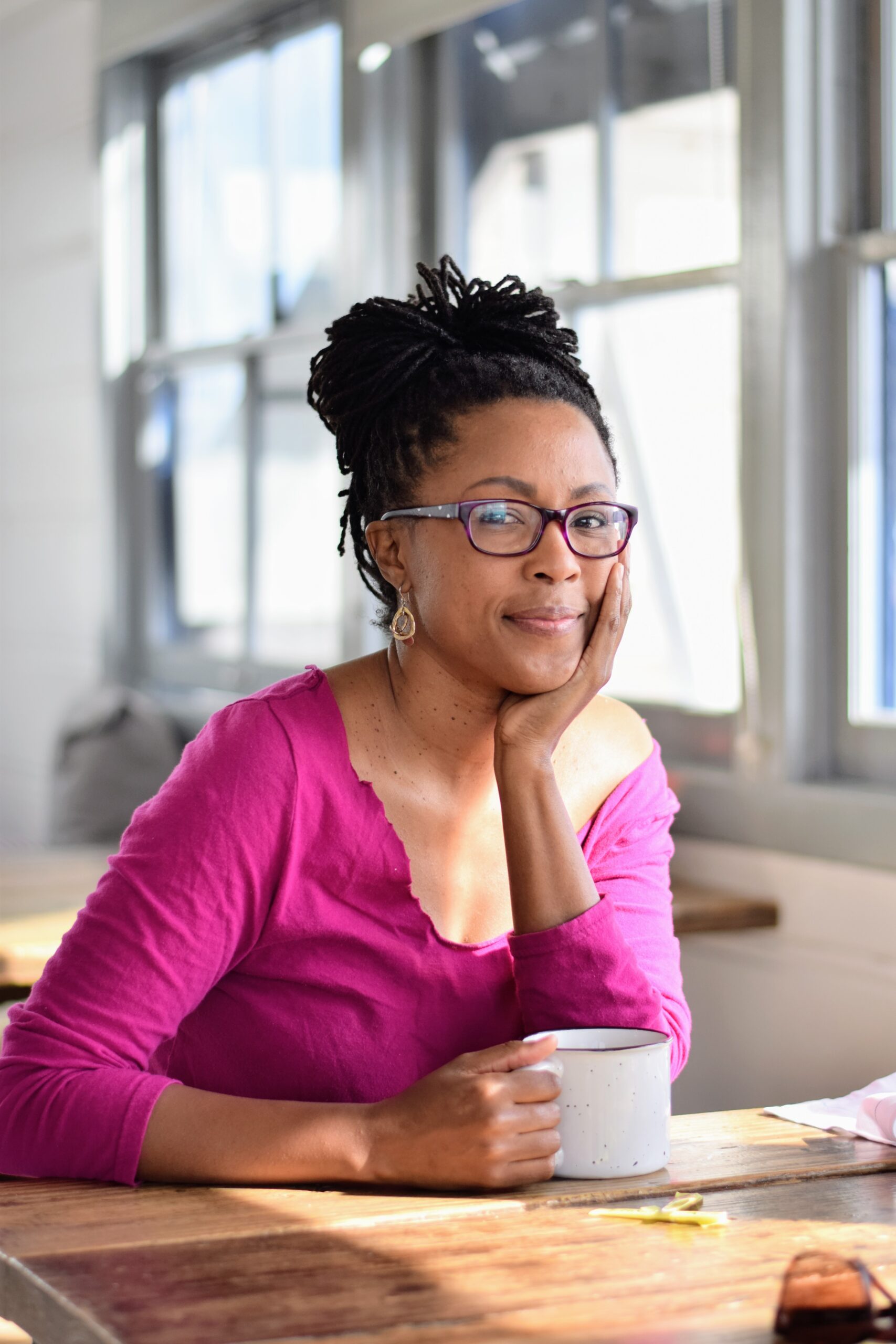 “My body of work is ultimately rooted in revealing the ways that performance can be utilized as a meaningful tool for critical thinking, social justice, and the development of empathy and compassion for the human experience.” -AFS

Angela M. Farr Schiller, PhD is the Director of Arts Education at the three-time Southeast Emmy® Award winning ArtsBridge Foundation for the Cobb Energy Performing Arts Centre, in Atlanta, GA. Formerly serving as an Assistant Professor, the Resident Dramaturg, and the Coordinator of Undergraduate Research for the Department of Theatre & Performance Studies at Kennesaw State University. She received her B.A. in Theatre from the University of California, Santa Cruz, where she completed her final year of study at the University of Cape Town in South Africa. She also studied at the University of Ghana in Accra, Ghana and the University degli Studi di Siena, Italy. She received her M.A. from the Department of Social and Cultural Analysis with an emphasis in Africana Studies from New York University, and completed her Ph.D. in Theater and Performance Studies with an emphasis in critical race studies and dramaturgy at Stanford University in Palo Alto, CA.

Angela works professionally as a director and dramaturg. She has appeared onstage with the Emmy® Award-winning Kaiser Permanente’s Educational Theatre Programs, the National Dance Company of Ghana, the Tony® Award-winning Old Globe Theatre and La Jolla Playhouse, and toured with Stanford Repertory Theatre’s production of The Wanderings of Odysseus in Athens, Greece.

As a dramaturg and dramaturgical facilitator, she has worked on numerous productions including The Color Purple, Hairspray, Cabaret, Father Comes Home from the Wars (Parts 1,2, & 3), Peter and the Starcatcher, Heathers: The Musical, Three Sisters, The Scarlet Letter, Feathers and Teeth, In the Blood, As You Like It, and Native Guard and Goodnight, Tyler with the Tony Award-winning Alliance Theatre in Atlanta. Additionally, she works as a Dramaturg-In-Residence with Atlanta-based Working Title Playwrights (WTP), the leading new play development organization in the Southeast, on new play development and teaches master classes in dramaturgy.

As a scholar, Angela has presented her research on the intersections of race and performance at various national and international conferences, including Performance Studies International (PSi), the American Society for Theatre Research (ASTR), Association of Theatre in Higher Education (ATHE), and the International Society for the Oral Literatures of Africa (ISOLA). She is a member of Performance Studies International (PSi), Literary Manager and Dramaturgs of the Americas (LMDA), The American Society for Theatre Research (ASTR), American Theatre in Higher Education (ATHE), and the National Academic Advising Association (NACADA). Her areas of research include Performance Studies, 20th century African American History and Performance, Critical Race Theory, Dramatic Literature, Sensorial Studies, and 20th and 21st Century American Drama. She currently has two book projects slated for release in late 2021, The Methuen Drama Book of Trans Plays and Troubling Traditions: Canonicity, Theatre, and Performance in the US. Website: angelaschiller.com. 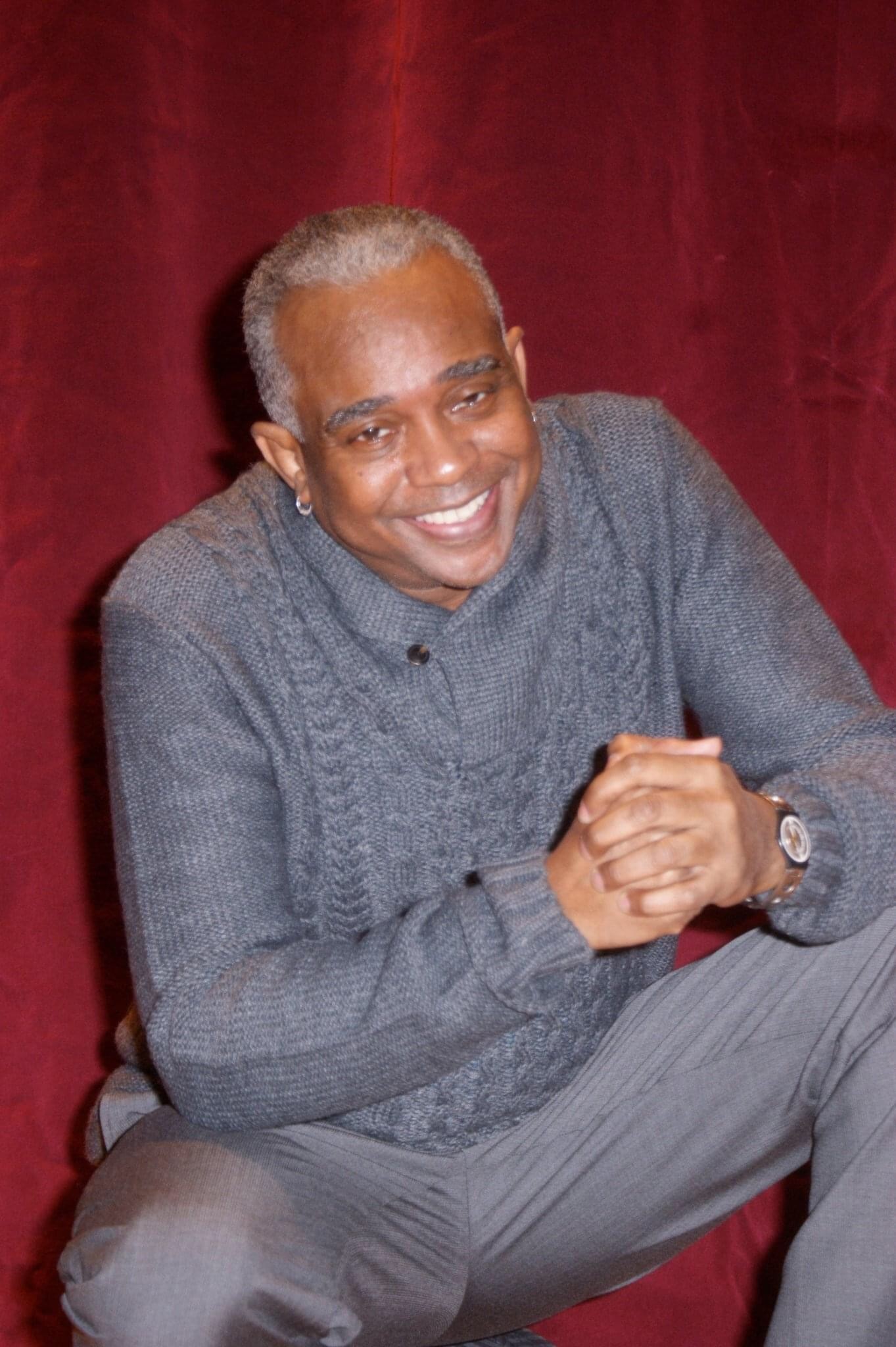 Freddie Hendricks has worked in the arts and entertainment industry for over forty years as an actor, singer, writer, director and producer. Freddie is the Founder and former Artistic Director of The Freddie Hendricks Youth Ensemble of Atlanta (YEA). He has directed and created over thirty critically-acclaimed productions, tackling contemporary issues such as child abuse, aids, and youth violence, with empowerment as the underlying theme. Hendricks is the 2002 Abby Award recipient of the Lifetime Achievement in the Arts.

Freddie Hendricks has embarked on all avenues of creativity as director, performer, writer, and leader, and has gained respect as a notable teacher of the arts. Hendricks has taught, created and directed productions at Morris Brown College, Spelman College, Morehouse College, Clark Atlanta University and California State University. He was also the Drama Director at the nationally credited Tri-Cities High School for the Visual and performing Arts. In 1996 and 1998 Hendricks was honored in Washington D.C. by President Bill Clinton as a Distinguished Teacher of America.

As one of America’s international artists, he has conducted workshops, directed and created productions throughout Europe, South Africa, and the Dominican Republic. Among his most cherished accomplishments is developing and inspiring the formation of The Youth Ensemble of Soweto (YES), South Africa. Working abroad promotes his philosophy of “Healing the World through the Arts.”

A humble and honest creator, Hendricks has worked with several internationally-renowned names and, more importantly, has helped to shape some of today’s most accomplished artists. Hendricks was the mentor and acting coach of “FELA!” on Broadway, as well as stars Sahr Ngaujah and Saycon Sengbloh. Many more artists have been shaped by Hendricks and give him credit for his role in encouraging their talent, such as Christine Horn, the booking magnet, Amari Cheatom, Kandi Burruss, R&B award-winning group Xscape, Housewives of Atlanta, MTV’s Making the Band, D. Woods, Young Money, Saturday Night Live’s Kenan Thompson, as well as Broadway and National Theatre star Jahi Kearse. Hendricks has also coached actors on Bravo, TV, BET, MTV, ABC and Nickelodeon.

Hendricks is honored to be featured in the ground breaking book “Black Acting Method” where the Hendricks’ method is highlighted. He has been a leader in the arts for decades and will continue to create and direct world-changing art that inspires positive change. 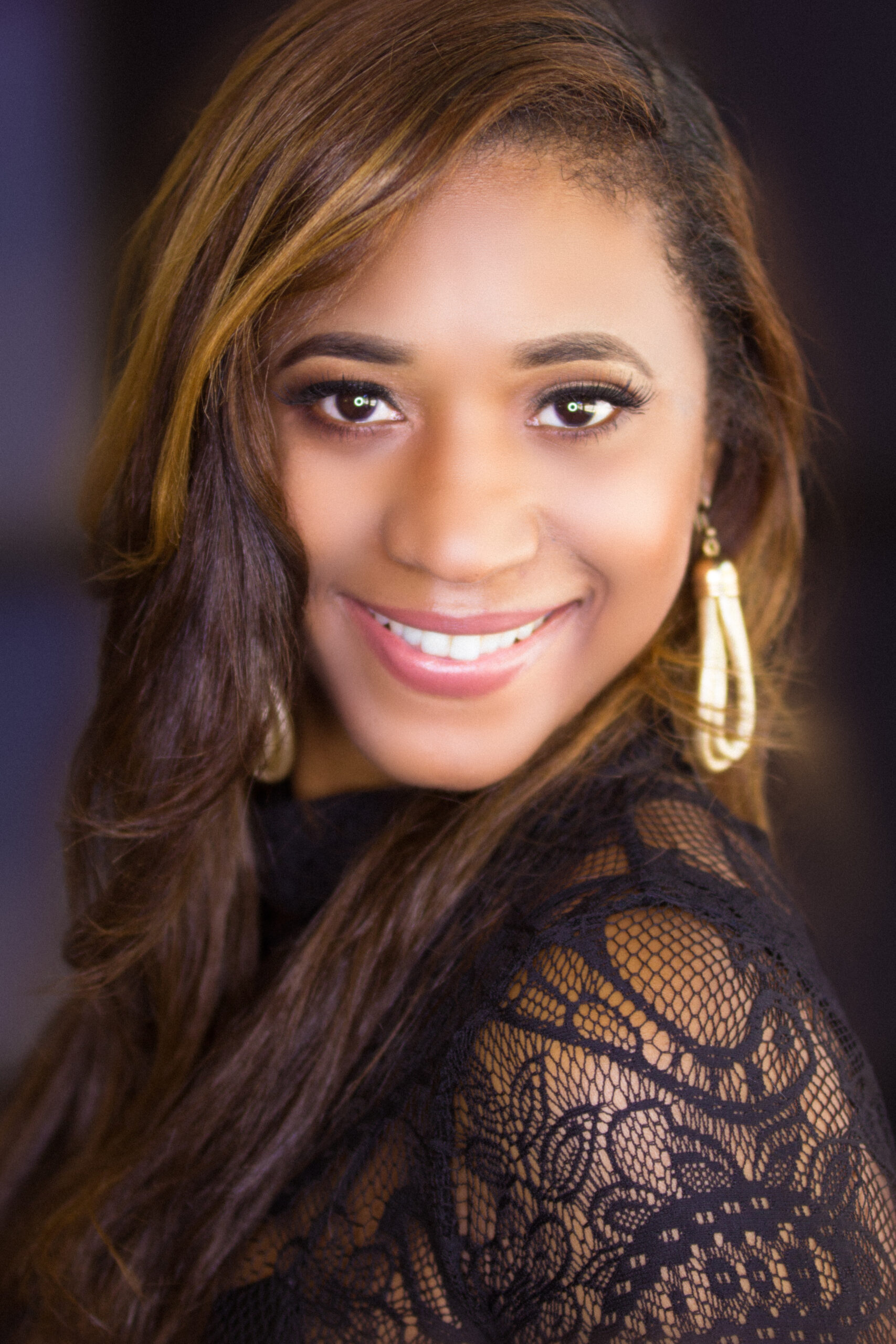 An Atlanta native and awarded for her artistic prowess, Jai McClendon Jones is the Visionary & Executive Artistic Director of award-winning performing Arts brand, AREA, Atlanta’s Resource for Entertainment & Arts LLC, with a non-profit 501c(3) vertical, AREA Non-Profit, Inc. Jai celebrates over two decades of serving the Atlanta community, and has forged a legacy and trademark of excellence, cultivating multigenerational talent impacting the industry, and the development of strategic partnerships and clients with notable organizations.

Labeled as having the “Midas Touch”, Jai’s keen attention to detail and ability to bring the artistic talents out of any project has marked her one of this generation’s true Artistic trailblazers! She has also created one of a kind performing arts curriculums, performances, and arts-centric outreach programs focusing on mentorship, training, and leadership with over twenty organizations, public and/or charter schools in GA and AL adopting these programs. Jai’s and AREAs impact in the performing arts exceed over 50,000+!

A veteran of the arts and entertainment industry as an Artistic Director, Choreographer, Instructor, Consultant, and Educator; BS Degree in Business (Marketing); Certificate in Arts Administration & Leadership; 28+ years of Training & Professional Development; Member of renowned Arts & Community Organizations. Jai offers a solid analytical & creative vision, and professionalism, that is infused with a contemporary, cross-disciplinary, and accessible Institution, reflective of Atlanta’s dedication to innovation and artistic excellence! 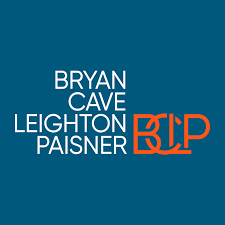