True Colors’ Artistic Director Jamil Jude conceived of the Next Narrative Monologue CompetitionTM (NNMC) in the context of his desire to center the Black artist in an environment that understands the context of their work.  As part of the Next Narrative program, Jamil has reached into his professional network to commission work from fifty Black playwrights that reflect the rich diversity of the Black community, thereby providing an inclusive portal to new worlds and the truths therein. 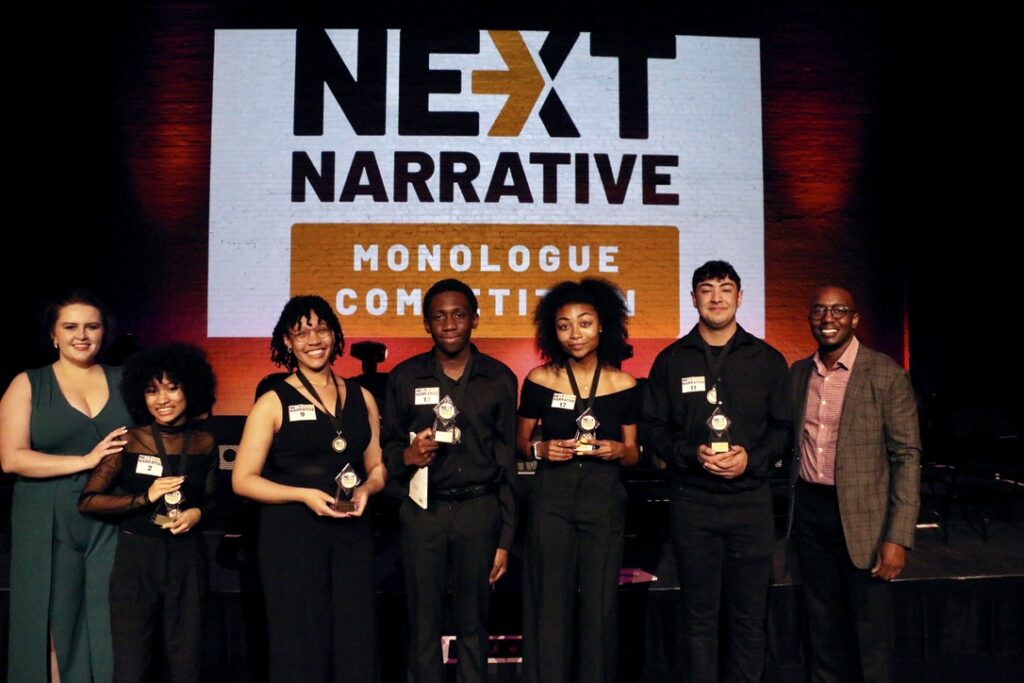 1. Introduce students to today’s leading contemporary Black writers
2. Expose students to acting techniques that enhance their knowledge of the art and skill of performance
3. Utilize the arts to support students in making co­curricular connections
4. Investigate how history and culture influence personal perspective through artful exploration
5. Embolden students to use their voices to inspire social action

Kenny Leon’s True Colors Theatre Company’s Education Department strives to be a premier organization that adds theatre into the daily educational lives of students; therefore, promoting respectful dialogue among cultures and fostering an appreciation for diverse viewpoints. We achieve this vision by educating students using a standards-based arts integrated curriculum that preserves both the rich canon of African American classics and world drama through our all-encompassing 3 Ps: pedagogy, partnerships, and performances.

Kenny Leon’s True Colors Theatre Company’s Education Department strives to be a premier organization that adds theatre into the daily educational lives of students; therefore, promoting respectful dialogue among cultures and fostering an appreciation for diverse viewpoints. We achieve this vision by educating students using a standards-based arts integrated curriculum that preserves both the rich canon of African American classics and world drama through our all-encompassing 3 Ps: pedagogy, partnerships, and performances. Under the leadership of Director of Education Nikki Toombs, the department offers programs to students from elementary school through college and beyond. 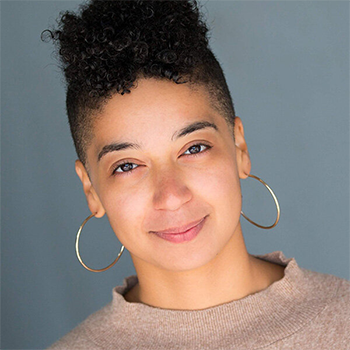 Francisca is a Cape Verdean-American playwright. Her plays have been developed with Theatre503 (London), The Traverse Theatre (Edinburgh), TC Squared Theatre Company (Boston), Company One Theatre (Boston), Flat Earth Theatre (Boston), Fresh Ink Theatre Company (Boston), The Fire This Time Festival (New York), and Horse Trade Theater Group (New York). She has been a finalist for SpeakEasy Stage’s 2018 and 2019 Boston Project Residency, Space of Ryder Farm’s 2020 Creative Residency and has been a semi-finalist for the Dennis & Victoria Ross Playwrights Program, the 2019 Papatango New Play Prize and the 2019 Theatre503 International Playwriting Award. Fran’s play Can I Touch It? was featured NNPN’s 2020 National Showcase of New Plays in November 2020 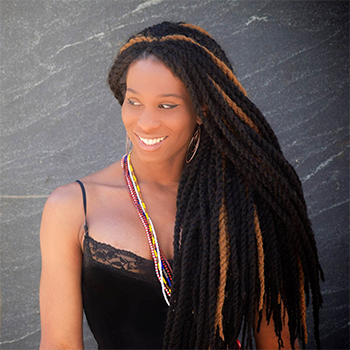 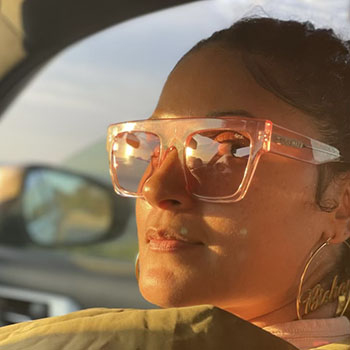 Star Finch is a 2nd generation San Franciscan trying her best to hold ground for her children amidst the Black-erasure of gentrification. She is currently the Mellon Foundation Playwright in Residence at Campo Santo and Crowded Fire Theater. She’s also a resident playwright in the RPI program at Playwrights Foundation. Finch’s plays include H.O.M.E. [Hookers on Mars Eventually] and BONDAGE (Relentless Award honorable mention). Find out more about her work at starfinchplays.com. 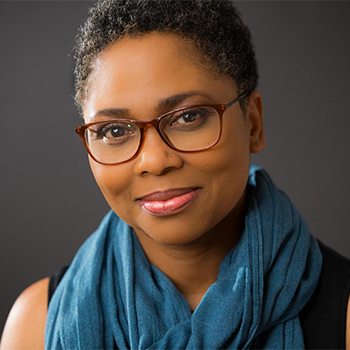 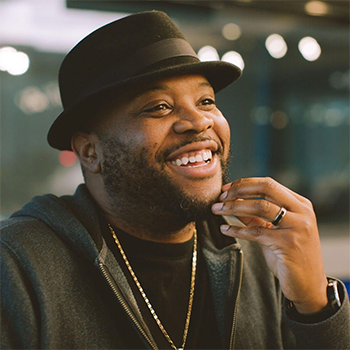 Across two decades Idris Goodwin has forged an impactful career as a multiple award-winning playwright, breakbeat poet, director, educator, and organizer. Passionate about cultivating new audiences in the arts, Idris is The Director of The Colorado Springs Fine Arts Center at Colorado College, the first Black man to hold the position in its 1 00 year history. Prior to this, he served two seasons as Producing Artistic Director at StageOne Family Theatre in Louisville, Kentucky. He actively serves on both the advisory boards of 1YA USA and Children’s Theatre Foundation Association. Idris is the author of over 50 original plays ranging from his Hip Hop inspired breakbeat series to historical dramas to works for young audiences, including works like And In This Corner Cassius Clay, How We Got On, Hype Man: A Break Beat Play and the ground breaking Free Play: open source scripts for an antiracist tomorrow. 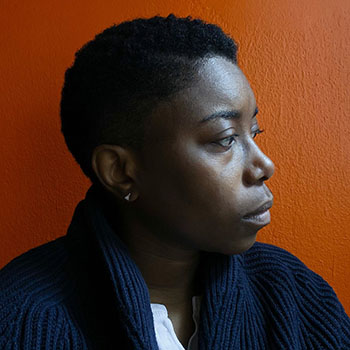 Donnetta Lavinia Grays is a playwright and actor from Columbia, SC. Works include Where We Stand, Warriors Don’t Cry, Last Night And The Night Before, Laid To Rest, The Review Or How To Eat Your Opposition, The New Normal, and The Cowboy is Dying. Donnetta is a recipient of the Whiting Award for Drama, the Helen Merrill Playwright Award, Lilly Award, National Theater Conference Barrie and Bernice Stavis Playwright Award, and is the inaugural recipient of the Doric Wilson Independent Playwright Award. In 2018, she founded Gap Toothed Griot, LLC as a home for her particular brand of storytelling. Donnetta- as GTG- is currently under commission with True Love Productions, Steppenwolf, The Denver Center for the Performing Arts, Alabama Shakespeare Festival, and WP Theater. 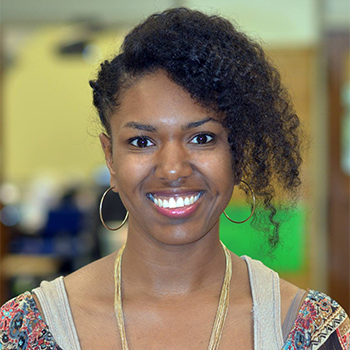 Playwright, poet, and educator Candrice Jones is from Dermott, Arkansas. Candrice has been honored to have been a fellow at Callaloo for poetry at Brown University and in London. She has also been a VONA Playwriting Fellow and a CalArts MFA Critical Studies recipient. She is the author of the full-length plays Crackbaby (2010 Wasserstein Prize Nomination) and FLEX. She has been a resident fellow at Ground Floor housed by the Berkeley Rep, the Bay Area Playwrights’ Festival, and MacDowell’s Colony of the Arts. Candrice, who was a 2019-20 Many Voices Fellows, is amazed and grateful to have been chosen for a 2nd year fellow at the Playwrights’ Center, this time as a Jerome Fellow. She believes that in these times of peril “story and art matter more than ever.” 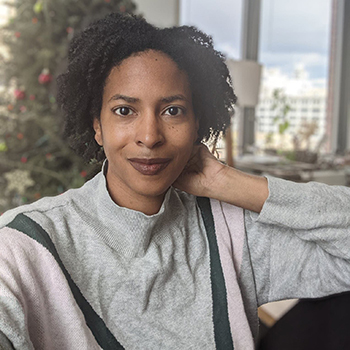 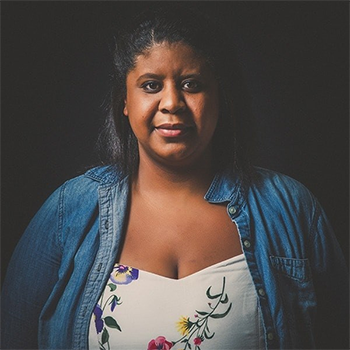 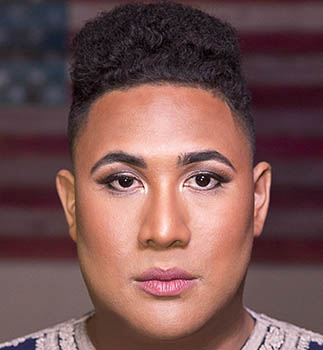 Roger Q. Mason (they/them) is an award-winning writer, performer and educator known for using history’s lens to highlight the biases that separate rather than unite us.  Mason was recently dubbed by The Brooklyn Rail as “quickly becoming one of the most significant playwrights of the decade.”  Their playwriting has been seen on Broadway at Circle in the Square (Circle Reading Series); Off and Off-Off-Broadway at New York Theatre Workshop, New Group, The Fire This Time Festival, Dixon Place, American Theatre of Actors, Flea Theatre, and Access Theater; and regionally at McCarter Theatre, Center Theatre Group, Victory Gardens, Chicago Dramatists, Steep Theatre, Serenbe Playhouse, Theatre Rhinoceros, Open Fist Theatre Company, EST/LA, Coeurage Theatre, Rogue Artists Ensemble, Son of Semele, and Skylight Theatre.  They are an honoree of the Kilroys List; the Chuck Rowland Pioneer Award; the Fire This Time Festival Alumni Spotlight, and the Hollywood Fringe Festival Encore Producers Award.  Mason’s films have been recognized by the SCAD Film Festival, AT&T Film Award and Atlanta International Film Festival.  They’ve screened at Hollyshorts, Outfest, Bentonville Film Festival, Outshine Film Festival, and the Pan African Film Festival.  Mason holds degrees from Princeton University, Middlebury College, and Northwestern University.  They are a member of Page 73’s Interstate 73 Writers Group, Primary Stages Writing Cohort, the co-host of Sister Roger’s Gayborhood podcast, and the co-founder/lead mentor of the New Visions Fellowship for Black Trans and Gender non-conforming playwrights. 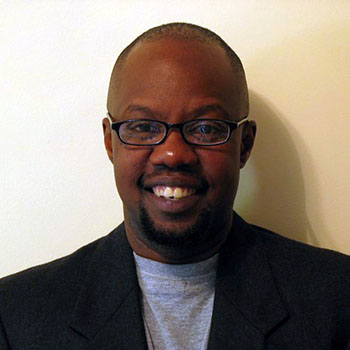 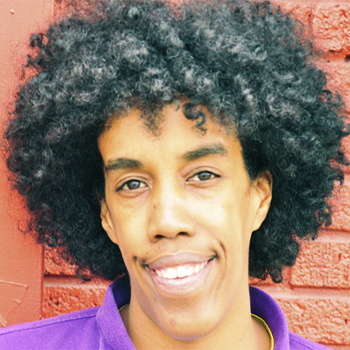 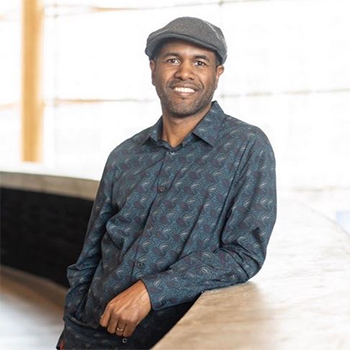 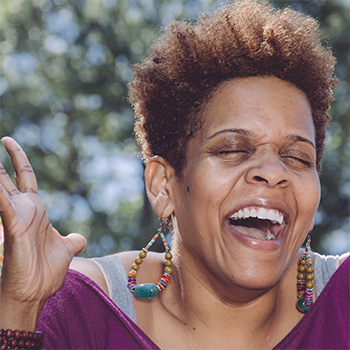 Stacey’s work celebrates and explores Blackness, Black identity, Black history, body politics, and the dilemma of life as the “other.” She is a 2019-20 McKnight Fellow, 20-22 Playwrights’ Center Core Writer, 18-19 Goodman Theatre’s Playwrights Unit writer, and member of The Civilians R&D Group. Her play America v. 2.1 won the inaugural Burman New Play Prize and premiered in 2019. America v 2.1 and As Is were featured on the 2019 Kilroys list (Legacy Land, Honorable Mention). She received a 2019 Virginia B. Toulmin Fdn. Womens Commissioning Grant with Rattlestick Playwrights Theatre. Her work has been presented at UNC Charlotte, On Q Productions, NYU Tisch School of the Arts, The Fire This Time Festival, The Brooklyn Generator, The Bushwick Starr Reading Series, Mosaic Theatre, The Amoralists Theatre Company, National Black Theatre, and Pillsbury House Theater. 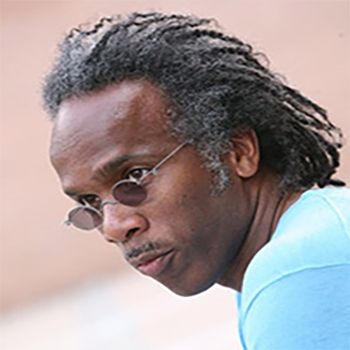 Dominic Taylor is a Los Angeles based writer and director whose work has been seen all over the country. The Goodman Theatre, Steppenwolf Theatre, Ensemble Studio Theatre and New York Theatre Workshop have all commissioned Taylor as a writer. His play, I Wish You Love, premiered at Penumbra Theatre, and was produced at both The Kennedy Center and at Hartford Stage in 2012. Hype Hero was developed at the Eugene O’Neill Theatre Center in Waterford, Conn., and was produced at Brown University in Fall 2014. His written work includes Wedding Dance and Personal History, both produced at the Kennedy Center by the African Continuum Theatre and published by Playscripts.com. His play Upcity Service(s) is included in the anthology Seven More Different Plays. His next project will be a commercial musical, Selassie, which he will also direct. 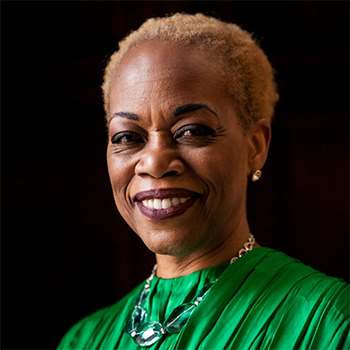 Regina Taylor is an actress and playwright. Her credits as a playwright include Oo-Bla-Dee (American Theatre Critics Association New Play Award), Drowning Crow, The Trinity River Plays (2010 Edgerton Foundation New American Play Award), Magnolia, The Dreams of Sarah Breedlove, A Night in Tunisia, Escape from Paradise, Watermelon Rinds, and Inside the Belly of the Beast. Her musical Crowns was the winner of four Washington, D.C. Helen Hayes awards. Taylor also wrote and directed Post Black for New York’s Ensemble Studio Theatre. She is a member and Artistic Associate of the Goodman Theatre and a resident playwright at New York’s Signature Theatre Company. She received the Hope Abelson Artist-in-Residence Award from Northwestern in 2010. Most recently, Taylor both wrote and directed stop. reset. at Signature Theatre Company. 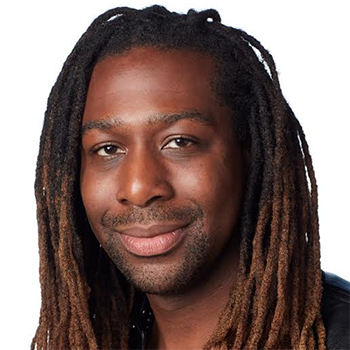 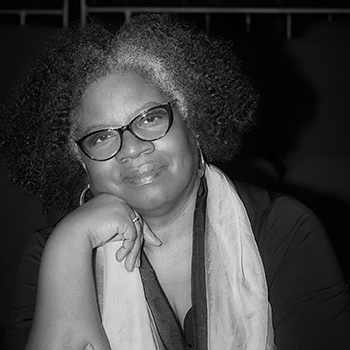 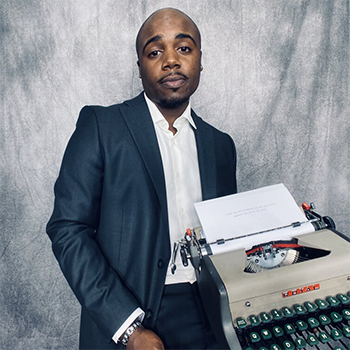 Josh Wilder is a playwright and producer from Philadelphia. His work has been developed; commissioned; and produced at theaters and festivals across the country including The Fire This Time Festival, Classical Theatre of Harlem, New York Theatre Workshop, True Colors Theatre Company, The Kennedy Center, Oregon Shakespeare Festival, O’Neill National Playwrights Conference, and Yale Rep. Awards include the Holland New Voices Award, The Lorraine Hansberry Award, The Rosa Parks Award, and The ASCAP Cole Porter Prize. Josh is a former Jerome Fellow and the first national recipient of the Jerome Many Voices Fellowship at The Playwrights’ Center. Currently, he’s stationed in Los Angeles leading the next generation of emerging writers at The Playwrights Workshop; and serves as Artistic Associate at Bay Street Theater in Sag Harbor, NY. 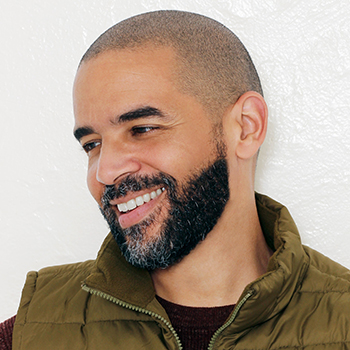 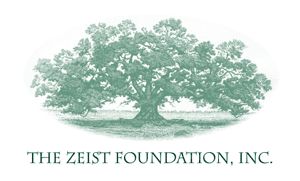 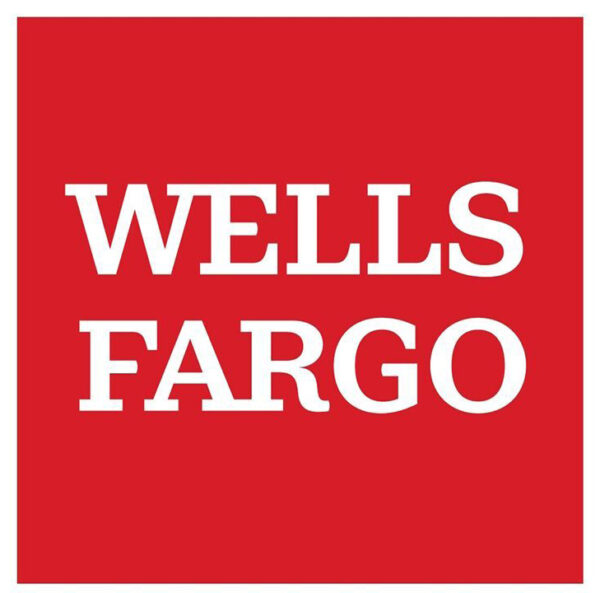